Friends Working Together – Is It a Good Idea? 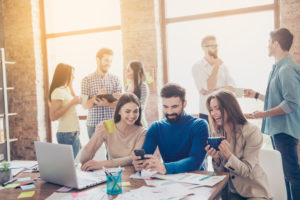 Your Friends Know You – Or Do They?

Friends working together. Sounds great, doesn’t it? But is it a good career move?

You’ve just been invited to apply for a job where your best friend works. “It’s a great opportunity. You’ll be perfect. And we’ll get to work together,” they tell you. Before you jump at the opportunity, you best think long and hard. Is this really a good move for you?

Your Friends Know the Role Is Perfect For You – Or Do They?

I received an email from someone I’d been working with since 2019 – Let’s call him ‘Dave’. In early 2020, I’d gotten him engaged in an interview process with a company that was the perfect fit for him. It was an exceptional opportunity. However, the hiring process was taking longer than it should have. There were several stakeholders involved in the decision-making process, and they were being very thorough.

Just when he was almost there, a friend of his reached out to him. “Come and work at our firm. There’s a position that is perfect for you,” she said. So, he did. He took himself out of the running for the opportunity I had teed up for him. Five months later, he was laid off. Turns out the role wasn’t so perfect, after all.

Your Friends Know Your Strengths – Or Do They?

He took the job. Hates it. I mean, he really hates it. He loathes it with a passion. How do I know? He told me a couple of weeks ago. He misses staffing, and wants to get back into the game.

Your Friends Know What You Need – Or Do They?

So, here I am talking to Dave about his future, and I tell him that I have a few opportunities that would get him back in and rebuilding his career in staffing. All he needs is the right opportunity, and he’ll get back on track in a role with potential and doing what he loves to do.

But guess what? He’s had a call from another friend. Their firm has just opened a new office where he lives. “How about joining us?” Dave’s friend asked him. “It will be great. It’s a magnificent opportunity.”

I told him it’s probably not the right opportunity for him, and that he should wait a couple of days until we’ve had a chance to talk further. The following evening, I get an email from him to say that he has taken the job his friend told him about.

I know it’s wrong for him. We know the firm. We used to work with the two founders in previous careers. It’s a horrible job for Dave. It’s high-risk with no upside. I suspect it won’t be too long before he is on the job market again.

Your Friends Knows That They Would Value Your Ideas – Or Do They?

Another guy I know was with the same company for 20 years. Let’s call him “Sam.” He had an awesome career. Then he was asked by a friend to join their firm. They were great friends, and he needed someone like Sam to help him develop the company.

Why had Sam been at the same firm for all those years? Because he is great at what he does. Trustworthy, hard-working, and with great ideas. The future promised a bigger role, with more involvement in strategy. Didn’t quite work out like that. The dynamic at work isn’t quite like it is away from work.

It seems that at work, your opinion isn’t quite as meaningful as it is out of work – not when the relationship shifts to boss and employee.

Sam has now had four jobs in four years – all because he keeps jumping from one friend who reached out to him to another. Almost overnight, his resume looks a mess.

Are Friends Really the Best to Give Career Advice?

These two examples are among many I have of the same thing. Basically, career advice offered by friends or former colleagues. It’s a dangerous trend that we have seen grow in recent years – people jumping jobs because a friend reaches out to them.

Often, these friends reach out with the best intentions. But they don’t know you professionally. Or they think you do, but the last time you worked together was months or years ago. Times change, work changes, and you change.

Sometimes, these friends reach out for more selfish purposes. They need someone with them, and they are trying to shortcut the hiring process. If you’re in staffing, you’ll know how terrible that can be for the hiring company and the new employee.

As a staffing consultant, you know the value of really understanding a candidate before placing them. It’s crucial to know:

The next time a friend reaches out to you and says they have an opportunity you can’t refuse, ask yourself if they really have the depth of professional knowledge about you needed to give you career advice. If you’re honest, the answer is most likely no – which is why friends working together so often ends in tears. Don’t let them be yours.

Have you ever accepted a job when a friend reached out to you? Do you know of others who have? Contact us today, and let us know how the experience worked out.

It’s Time to Eclipse Your Competitors Summer is a tough time for staffing firms. You’re challenged with a seasonal workforce decrease through vacation time, a...
Read More

Always Be the First to Know: How to Get a Job by Being Headhunted

It’s Easy – Just Say Yes! You’ve been contacted by a headhunter. It’s made you feel good. It means you’re being recognized for your achievements...
Read More

Strategic Relationship Building Success in staffing is all about the relationships you build. But relationships take time, and they take work to develop and maintain....
Read More
Load More

Ready to start your search today?

This website uses cookies to improve your experience while you navigate through the website. Out of these cookies, the cookies that are categorized as necessary are stored on your browser as they are essential for the working of basic functionalities of the website. We also use third-party cookies that help us analyze and understand how you use this website. These cookies will be stored in your browser only with your consent. You also have the option to opt-out of these cookies. But opting out of some of these cookies may have an effect on your browsing experience.
Necessary Always Enabled
Necessary cookies are absolutely essential for the website to function properly. This category only includes cookies that ensures basic functionalities and security features of the website. These cookies do not store any personal information.
Non-necessary
Any cookies that may not be particularly necessary for the website to function and is used specifically to collect user personal data via analytics, ads, other embedded contents are termed as non-necessary cookies. It is mandatory to procure user consent prior to running these cookies on your website.
SAVE & ACCEPT